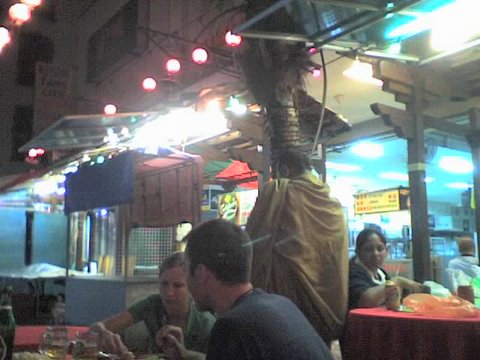 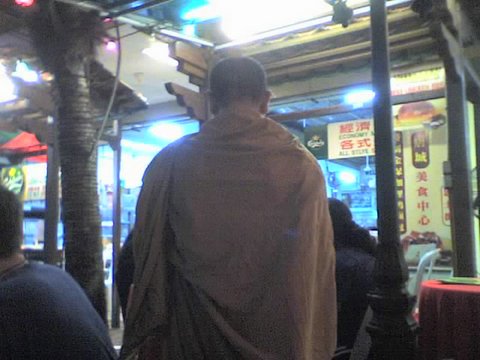 A friend of mine took pictures of what appear to be fake monks in KL, going around with alms bowls at night. Unfortunately, this is not a new phenomenon. When I was in Malaysia, the Thai Embassy tried to get the police to do something about them, but we were told that they were not breaking any laws. The loophole is that they do not do any soliciting. They just stand their with their alms bowl, saying nothing, leaving it up to people to decide whether they want to give them any money or not.

I confronted some of those monks. One, upon realizing that I was Thai when I began to question him, hurriedly walked away. Another told me that he was a real monk who was staying at a temple in KL and that he was doing this because his temple in Thailand was very poor. I lectured him and told him that he was giving Buddhism a bad name. He smiled sheepishly and also walked away in a hurry as I was becoming rather angry.

The Thai Embassy does not have any law enforcement authority. For the time being, short of whacking them on the head with a stick, verbally shaming these monks (as I was trying to do) is probably the only realistic measure I can think of. If you have any suggestions, please let me know so I could pass them on to my friends at the Embassy in KL.